Hi all guys! I’m just returned from Germany and positive feelings in me are just overblown, that’s why I decided to share with you about this AWESOME country.

But for the beginning – a small story of how I got there!
We were invited to Leipzig as a delegation of Russia as participating country in the Battle of Nations which occured in October 1813 between Napoleonic army and allies (Germany, Russia and Austria). Those was invited to that meeting: Ukraine, Lithuania, France, locals from Leipzig as Germans, Hungary, and we Siberians as Russia 🙂

In fact, it was just amazing to meet SO MANY cool people from across Europe. The boys all like football, I encountered many fans, to name a few, a couple of French FC Lille fans, one Borussia D and one Schalke fan as well. The meeting was very friendly and I am glad that made some new friends from different countries. And of course I promoted FCUM and our great ideas among the guys 🙂 And we will probably have some new members soon!

The country is very clear and pretty comparing to Russia, I admire the German Ordnung 😉

But the icing on the cake of stay in Leipzig was when I visited the office of well-known antifascist FC Roter Stern. The Germans were very welcome to me and after a good talk about AMF, United and the Game they gifted me for free some good stickers and a t-shirt, thank you much RSL 🙂 Here are some photos of this area. 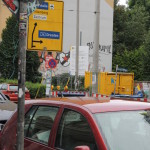 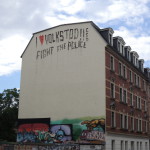 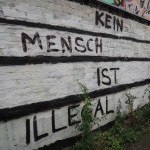 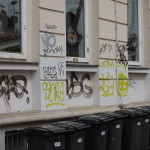 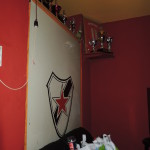 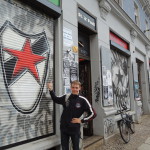 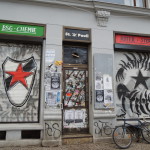 After great city of Leipzig we headed to Berlin, for me it was interesting because of sightseeings, BSC Hertha Berlin, Berlin Wall and Checkpoint Charlie: 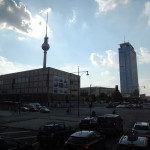 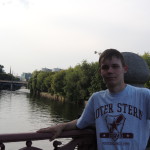 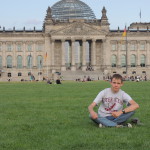 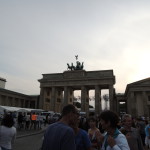 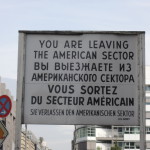 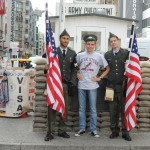 After short stay in Berlin we went to Munich, 12 (?) hours by bus… across ALL Germany… but we got there! Munich is a nice city, but as for me, I liked East German cities more. Surprisingly, I spotted there numerous shops of TSV 1860 Munchen, 2nd team of the city. 20th August eventually we went back home with great positive feelings 🙂
All in all, Germany is very good country to visit. I recommend anyone to be there, moreover, we have many friends such as Babelsberg Potsdam and Roter Stern Leipzig 😉

The next trip will be more football that’s for sure!

Thanks and have a nice day FC fans!)